Tamm, The History of Danish Law

As an undergraduate, the only work of any Danish legal scholar with which I was familiar was that of Alf Ross, classed as a "Scandinavian Realist". Ross, of course, features in a very interesting essay in Ditlev Tamm, The History of Danish Law: Selected Essays and Bibliography (Copenhagen, 2011). As well as discussing his scholarly achievements, the essay places him a political and academic context and explores some of his academic disputes and the revenge he took years later on one whom he considered had unfairly blocked his doctorate.
To a Scottish legal historian, the set of essays is fascinating. It ranges from medieval law collections – the old Nordic law books – through to issues arising out of collaboration during Hitler's War. One can see parallels with Scottish legal history, but yet again some very significant differences. Scotland had more of a reception of Roman law in the later middle ages, and developed a legal profession earlier than Denmark; unlike Denmark, despite the best efforts, or at least aspirations, of the Stuarts in the seventeenth century, Scotland did not have an absolute monarchy. Denmark was much more influenced by German legal science in the nineteenth century. One could list other matters. But among the parallels one can note, first, the significant continuity of legal history that marks both Denmark and Scotland, a continuity perhaps threatened now in both countries by the legal expansionism of the E.U., second, that both countries have an ancient monarchy, and so on.
Denmark is now a small country with a small population, but it was once an imperial power, controlling Norway, owning German Duchies, Iceland, the Faroe Islands and Greenland, and possessing West Indian colonies. Here it was interesting to this blogger to note a slavery freedom case from 1802. Like all European powers with slave-colonies, Denmark faced the issue of the status of colonial slaves in the "home" country. The Danish Court decided in favour of the slave-owners. Coming to Denmark did not free a slave. The case is fascinating with some subtle discussion. It is notable that Blackstone was cited!
Professor Tamm finishes with some thoughts on comparative law. These are important. He raises rightly the insufficiency of the old "legal families" approach. He proposes a global approach. I shall not discuss this, but his points are well taken. Certainly this blogger has always been puzzled by the disciplinary claims of comparative law and how they should be pursued. 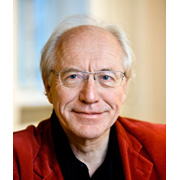