The Community of the College of Justice

Study and understanding of the history Scottish central court continues apace. In 2009, this blog noted the publication of Mark Godfrey's magisterial work on the College of Justice in the Renaissance period Civil Justice in Renaissance Scotland: The Origins of a Central Court (although such a description does not really do justice to the richness and complexity of the of the work). Godfrey's colleague at Glasgow, John Finlay, has just published a work on the College in the eighteenth century, entitled The Community of the College of Justice: Edinburgh and the Court of Session, 1687-1808, Edinburgh University Press, ISBN  978-0748645770, £75. This is an important study of an institution at the time of the Enlightenment. It deserves to be widely read. 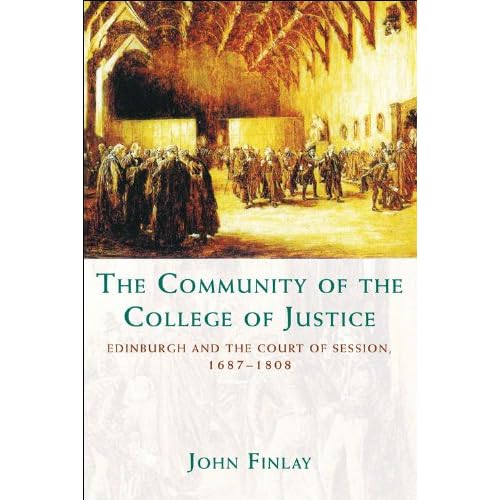